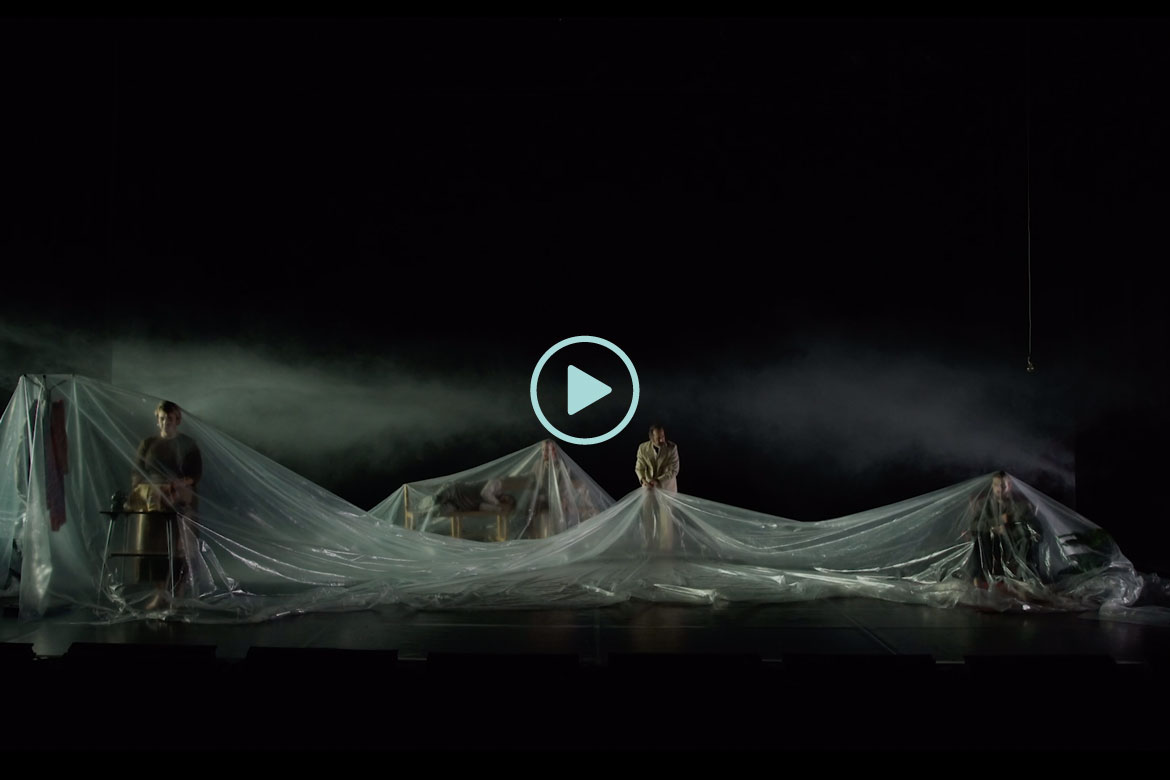 This project is within the framework of Pyrenart, POCTEFA project 2014-2020 (Spain – France – Andorra) co-financed by the European Regional Development Fund (FEDER), Teatre Nacional de Catalunya, Bolzano Danza and Dansa Quinzena Metropolitana
With the support of Nunart Guinardó and Atrium Viladecans

‘Hidden’ concludes the trilogy composed by Kokoro (2015) and iU an Mi (2017), which reflects on identity. This last piece takes a look at those things that define us, but which – over time – have been covered under the veil of the unconscious. Reflect with the idea that our present blurs the past. In how life, which does not stop and push us relentlessly, leaves a trail of memories along its way. And in how these memories pile up between the folds of the brain, as the dust does under the furniture. And they remain in the shade, hidden under an artificial tulle, of dream, of subjective illusion. Because the past is past, and the present distorts it.

But one day a man stops to look back. And undo the path by following his trail. Groping. He returns to his childhood home determined to uncover his past. To put light on it. To evoke it. To dust him off, or to get rid of the intricacies. A journey between his ghosts and childhood treasures. Between your desires and your weaknesses. Between innocence and fear. Uncover the past, just like a child unwraps a candy. In the same way that an adult opens a wound. To meet. To identify yourself. To rebuild.