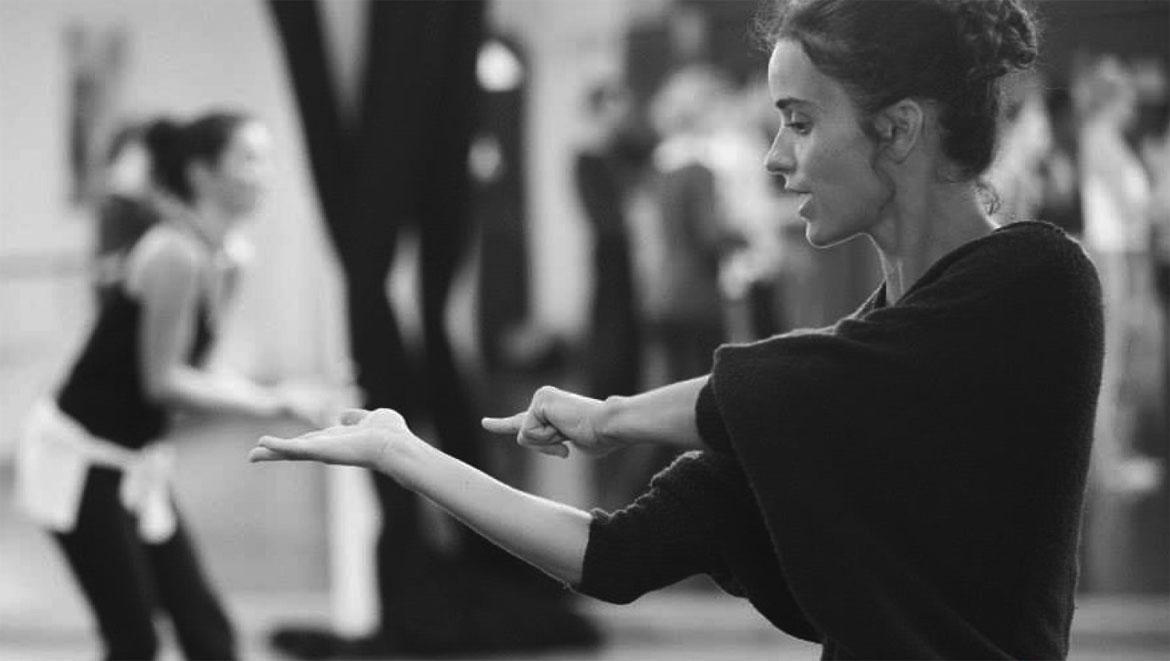 Lali Ayguadé was born in Barcelona in 1980. She joined the Liceu Conservatory in Barcelona, the Institut del Teatre in Barcelona for dance in 1996 and after a year, decided to train in PARTS (Belgium). In her fourth year, she created the solo “Silence” coached by Wim Vandekeybus.
After her training, she joined Publik Eye Company in Denmark, directed at that time by Carmen Mehnert. In 2003, Lali joined the Akram Khan Company as a full time member creating and performing in the productions: “Kaash”, “Ma”, “Bahok” (together with the National Ballet of China), “Vertical Road” and “Confluence” collaborating with Nitin Sawhney and Ricardo Nova.
She has worked with Roberto Olivan (Enclave Dance Company) in the production “Homeland” and with Hofesh Shechter in the productions “In your rooms”, “Cult” and “The Art of not looking back”. She also worked with Marcos Morau from La Veronal (Spanish Dance National Award in 2013 as Best Choreographer) in the piece “Portland” and with the contemporary circus company Baró d’Evel with whom she performed “Mazut” and “Besties”.
In 2005, Lali choreographed “Twice Read” together with the Slovak dancer and choreographer Anton Lachky (one of the founders of Les Slovaks dance collective). Between 2007 and 2009, she choreographed other small works with the acrobat and clown Joan Ramon Graell (director of Circus Association in Barcelona). In 2012, she created the trio “Little Me” with the Korean dancer Young Jin Kim and Joan Català for the Salmon Festival in Mercat de les Flors in Barcelona; and for the Ramon Llull’s anniversary, she created “Encontre” with Joan Català and Jordi Molina. In 2013, she created two short duets: “Incognito” and “Saba”.

In 2015, she created her first full-length work with four performers, “Kokoro”, co-produced by Mercat de les Flors and Temporada. The following year, she co-created “De Camino al Otro” with the acrobat Julian Sicard.
Lali is currently working on “iU an Mi” co-produced by Mercat de les Flors, Bolzano Danza Festival and Temporada Alta.
In 2010, she was nominated as “Exceptional dancer” for the Critics awards of London, and in 2014 as “Best Creator”. In 2016, she was also nominated as “Best Dancer” for the “Recomana.cat” Critics awards in Barcelona.
She starred the short movie “TIMECODE” which was awarded with the Palme d’Or at Festival de Cannes, the Goya Award, the Gaudi Award and was nominated at the Oscars 2016 among others.
Lali shares her technique and the investigation linked to her creations around the world through workshops.

I base my work on exploring the abstraction of dance or movement and I place it into a concrete situation which converts into something more conceptual. It enables me to emphasize feelings and emotions of people on stage. Movement may seem very abstract, but as humans, we are using something very tangible, which is our body. The link between the realness and the unrealistic side of things is fundamental in my investigation. As performers, we have the opportunity to play with this thin line where nothing is completely one or another, so I create it in the bodies, but also spatially. Our bodies end up being small in the space after all, but our imagination gives us the chance to go above the physical boundaries and make everything limitless. Our mind has a underestimate power and it’s a precious tool that makes everything you connect with your body become another path to research and reach virtuosity. But it takes time to achieve and actually, the concept time is also something I like to play with. I feel a lot of adrenaline whenever I see speed because as a performer, I can feel the effort and the complexity of the path that leads to it. But it has to be well managed so you do not disappear in it: to emphasize it, you need to bring the silence and the slowness in the body which is even more powerful and difficult to accept and achieve. As a creator and an artist, when you find a concept that you like to play with, it’s always important to play with its opposite. It will give you a wider range of opportunities and let your body and your mind showing the beauty of it through the most simple gesture.